Welcome to the Royal York Lodge.

The Lodge held its first meetings under the name of the Royal Cinque Ports Lodge in Seaford, Sussex, from 1797 but has been meeting in Brighton since 1823.

The Lodge has survived and prospered through tumultuous and interesting times from Nelson's defeat of Napoleon at the Battle of the Nile in 1798, the Act of Union in 1800, the Battles of Trafalgar and Waterloo, Charles Darwin's voyage of discovery on the Beagle, the Crimean War, the murders of Jack the Ripper and, of course, the First and Second World Wars.

The Lodge holds its meetings, along with many other lodges, at the Sussex Masonic Centre, Queens Road, Brighton and it is delighted to be able to make itself known and provide information through this web site. The purpose of the web site is to provide a meeting place for members of the Lodge to be kept informed of news and special events and as a gateway for those visitors who may wish to take their interest further by contacting the Lodge by using the form on the 'Contact' page. In addition, for general information about Freemasonry in Sussex or Freemasonry in general, please follow these links: 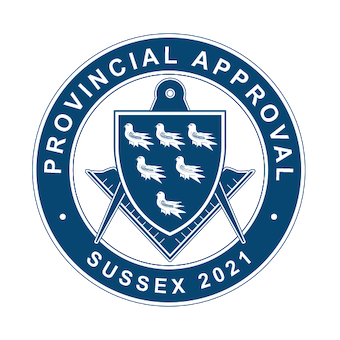 The Royal York Lodge meets on the first Tuesday in the month in October, November, December, February, March and April. The Lodge of Masonic Instruction takes place on the third Monday in September and thereafter on the 1st, 3rd and 5th Mondays from October to March inclusive and the first Monday in April (where appropriate). The Royal York Lodge was originally consecrated as the Royal Cinque Port Lodge No 566 on 7th November 1797, but the Warrant of the lodge is dated slightly earlier, on 28th September 1797. A Breeches Bible, published in 1589, was used at the Consecration and is still in the possession of the Lodge. The Founders of the Lodge were James Cook Junior, William Hamilton, Nathaniel Beard, John Kinningburgh, Morgan Davies, John McDoll, Henry Reed, William Wood, Ephraim Inskett and John Perry. The first Worshipful Master is recorded as James Cooke Junior. Meetings were initially held at the 'Old Tree Inn', Broad Street, Seaford and continued to be held there until 1801 when the Lodge moved to the Pelham Arms Inn, Pelham Arms Yard, Seaford. In 1803, the Lodge moved to a private room in Seaford but there is no record of the actual address. In 1813 the Lodge number was changed from 566 to 587. On 27th December that year, H.R.H. the Duke of Sussex, as Grand Master, oversaw the unification of the two Masonic Fraternities, the Antient and Modern. The Royal Cinque Port Lodge was one of the Moderns. In 1822 the Lodge returned to the Old Tree Inn, Seaford and remained there until the end of that year. On 1st December, a resolution was passed by the Lodge to move to Brighton and at a meeting on 31st December, it was resolved that:

"H.R.H. The Duke of York be applied to for his gracious permission to have the said Lodge in future called The Royal York Lodge".

H.R.H. Frederick Duke of York was the second son of George III. He had been initiated in the Britannic Lodge No 29 on 21st November 1787.

On 28th January 1823 the Lodge met for the first time in Brighton at the Royal York Hotel. At a meeting on 11th February, the following letter was read out:

"Mr Deighton is directed by the Duke of York to acknowledge the receipt of Mr Altenacker's letter and to acquaint him that His Royal Highness will readily acquiesce in the wish of the Masonic Members of the Royal Cinque Port Lodge that it should in future be called the Royal York Lodge, whenever the subject is brought forward in the usual form".
Horse Guards, 8 January 1823.

On 1st March 1823, a resolution was passed to meet on the first Tuesday in each month (in 1864 the By-Laws were altered to exclude meetings in May, June, July and August) and this has been observed to the present time. On 24th July 1823, according to Francis' 'History of Freemasonry in the Province of Sussex', "Their (the Lodge) proceedings being considered somewhat irregular, the Lodge was suspended by the Provincial Grand Master, the Duke of Richmond, who had been recently appointed to that office, at a meeting of Provincial Grand Lodge held in Brighton". The Lodge was quick to respond and after making its case, the suspension was lifted.

On 3rd February 1824, the Lodge moved to Freemason's Hall, St James Street (now Nos 59 & 60 St James Street). On 8th May, the Lodge, with the Royal Clarence Lodge, assisted in the laying of the Foundation Stone of the Parish Church of St Peter in Brighton. 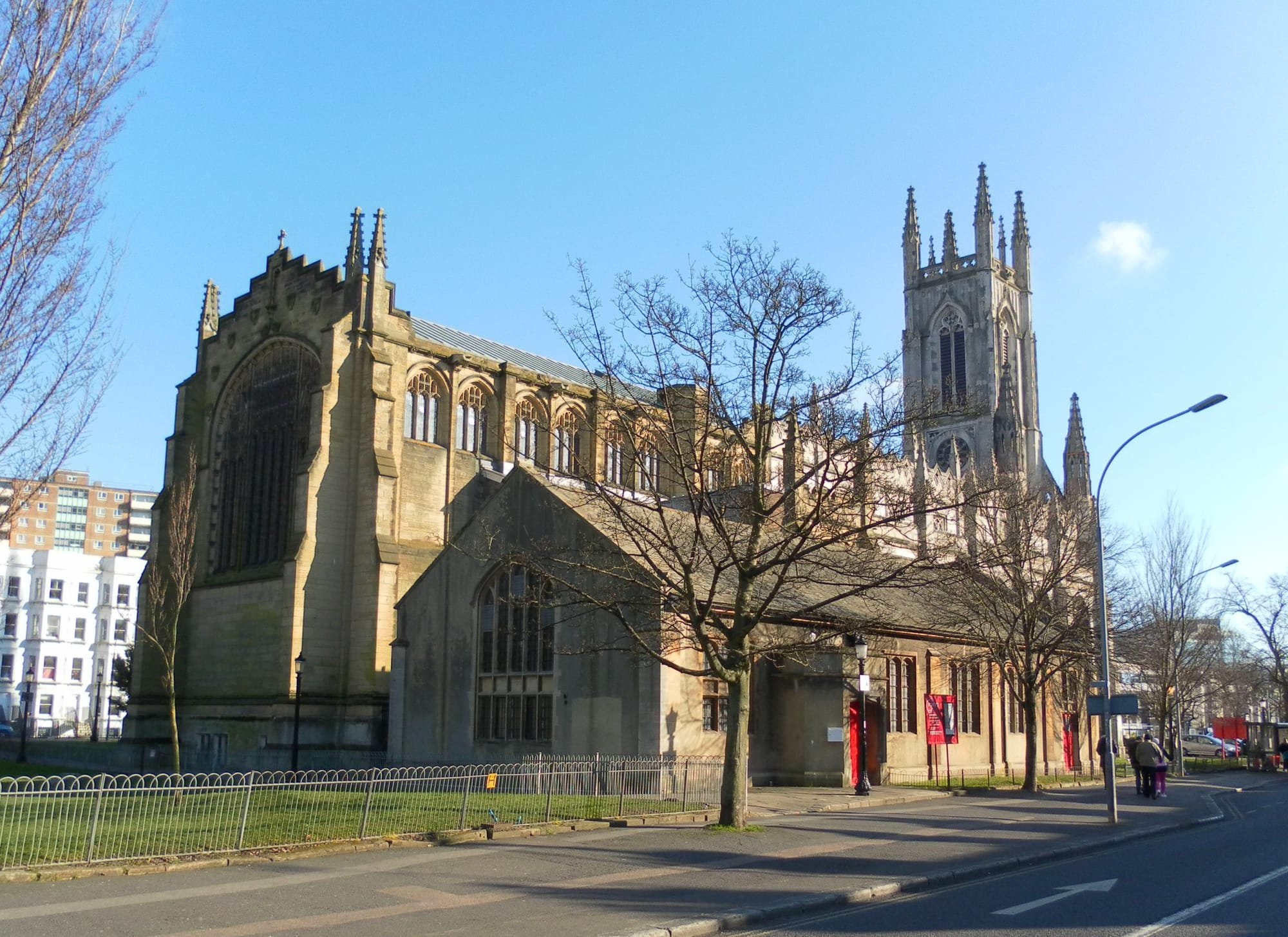 On 20th October 1831, the Lodge assisted at the laying of the Foundation Stone of the Norfolk Bridge, Shoreham. The following year, the Lodge No. was changed from 587 to 394. 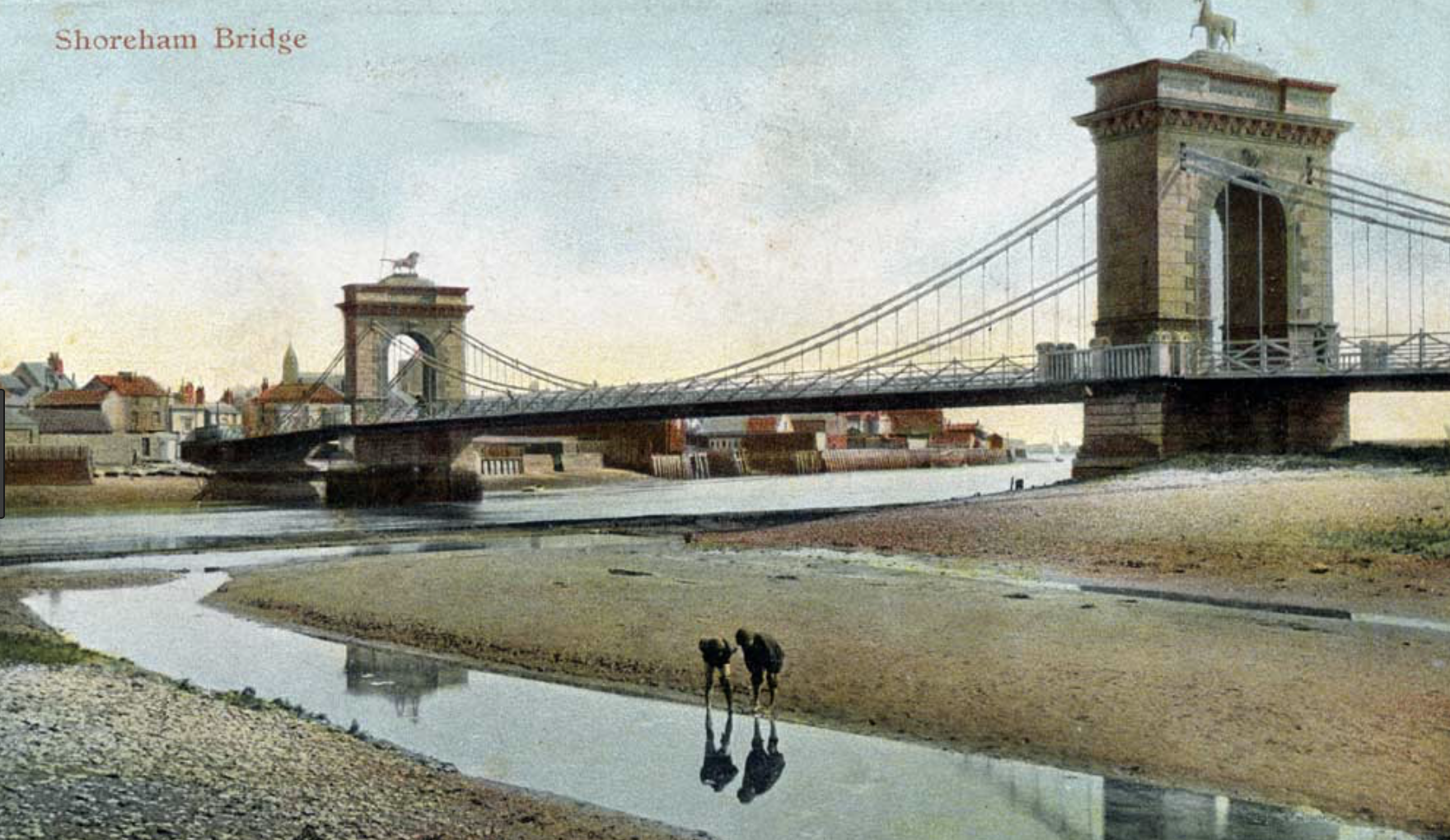 In 1841 the Lodge moved to the Castle Inn, Castle Street.

On 4th October 1853, the Lodge moved to the White Horse Hotel, East Street. This was one of Brighton's famous Inns where, on 26th August 1789, the first Lodge in Brighton, the Royal Clarence, was consecrated by H.R.H. the Duke of Cumberland G.M. The hotel was demolished in 1869 for the site of Brill's Baths which themselves were demolished in 1929.

In 1855 the Lodge moved to the Old Ship Hotel, Ship Street.

On 7th December 1858, the Royal York Lodge of Masonic Instruction was formed and continues to this day. Meetings were first held at the Imperial Hotel in Brighton, but are now held at the Lodge's current location in the Sussex Masonic Centre, Queens Road.

On 1st September 1868, the Lodge moved to the Masonic Rooms at the Royal Pavilion and remained there for forty six years. 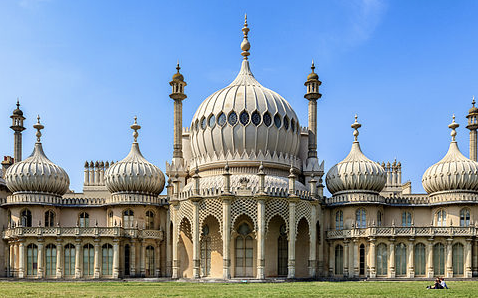 Royal PavilionOn 6th January 1874, the Lodge recommended a petition for the consecration of a Royal Arch Chapter and on the following 7th March the "Royal Pavilion Chapter No. 315" was consecrated and continues to this day.

On 28th October 1897, a Festival was held to celebrate the Centenary of the Lodge. Following the meeting, a dance took place to which many brethren and their wives were invited. The whole of the Pavilion Rooms were used and the services engaged of the Band of the 4th Royal Dragoon Guards.

On 1st December 1914, as a consequence of the Royal Pavilion being taken over as a Military Hospital for the Indian soldiers wounded in the Great War, the Lodge moved to the Sussex Masonic Club, Queen's Road. In 1915 the Lodge met at the Old Ship Hotel and then at the Metropole Hotel but returned to the Old Ship Hotel in 1920.

A dispensation, dated 24th December 1928, enabled the lodge to transfer its meetings in 1929 to its current location, the Sussex Masonic Centre, 25, Queens Road, Brighton where it remains to this day. 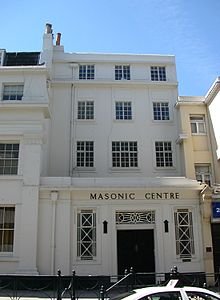 Sussex Masonic CentreOn 4th December 1973, the Breeches Bible, owned by the Lodge, was placed on permanent loan to the Sussex Provincial Library and Museum. It was originally presented to the Lodge by one of the book's owners, Leopold Altenacker. Breeches Bibles take their name from Genesis Chapter 3 Verse 7, which reads "and they knew that they were naked and they sewed fig leaves together and made themselves 'breeches'. 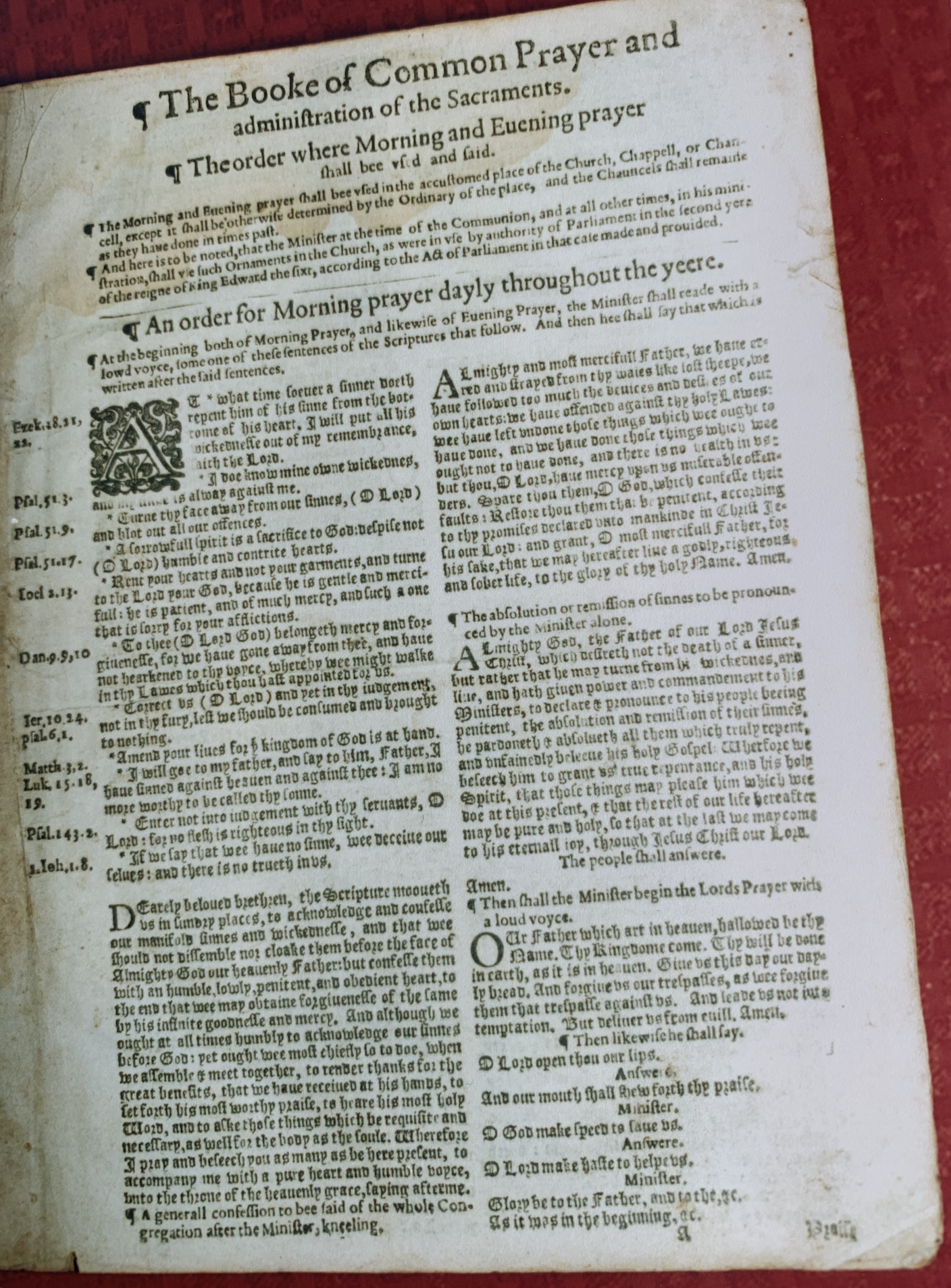 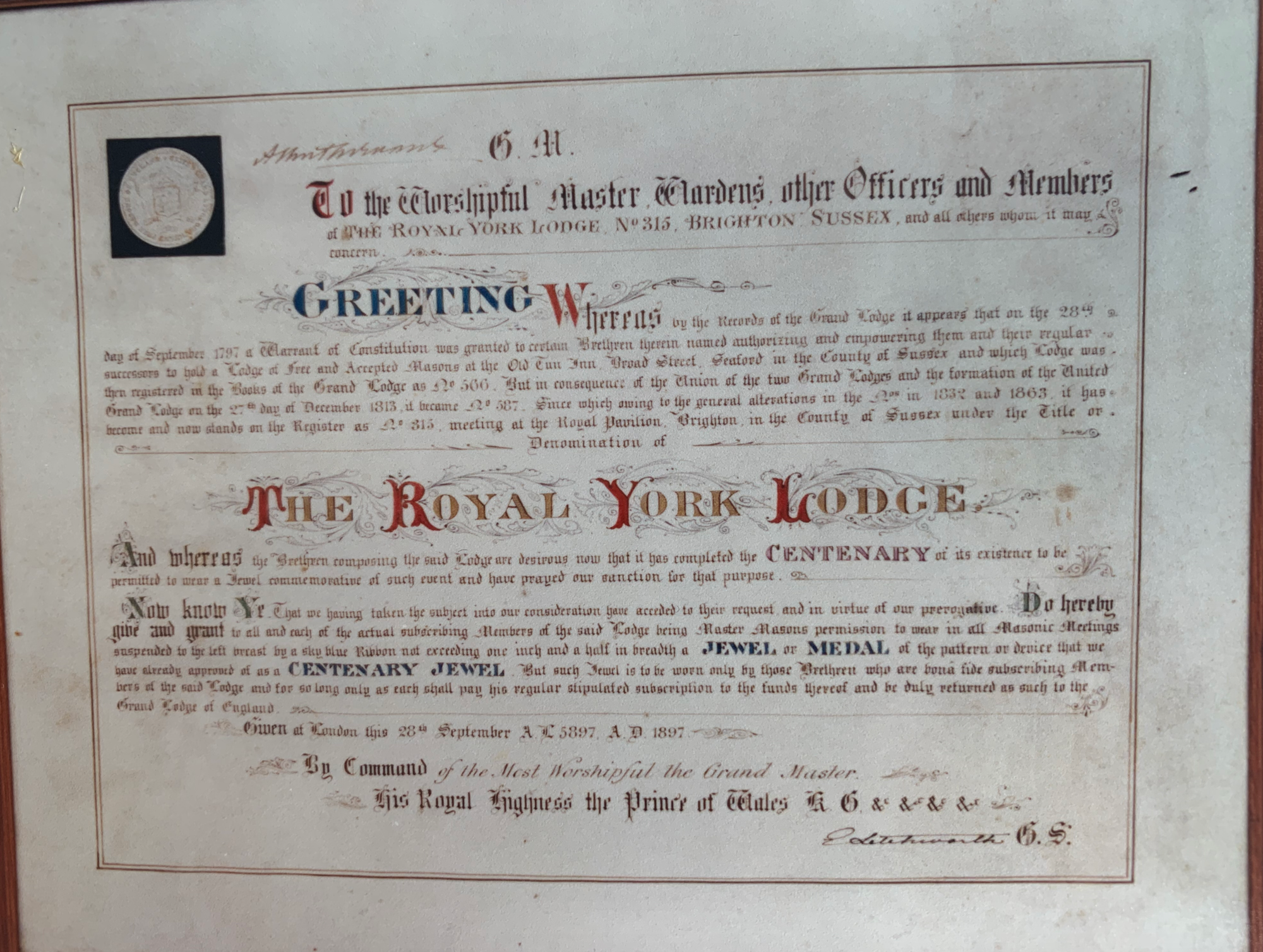 The Royal York Lodge has held its meetings at a variety of venues throughout its history. 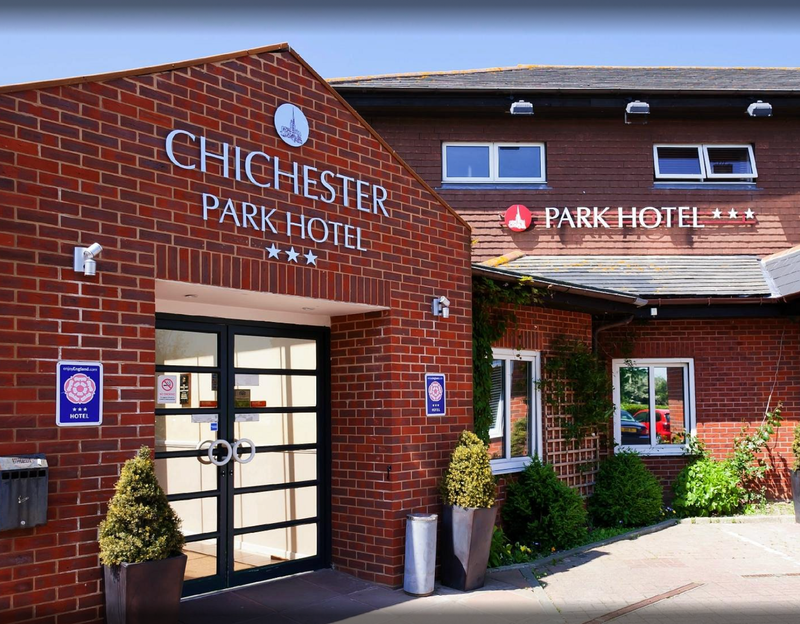 The hotel provides free 24 hour parking at the hotel with adequate spaces. The hotel is situated just off the A27, about a mile away from the main city centre. 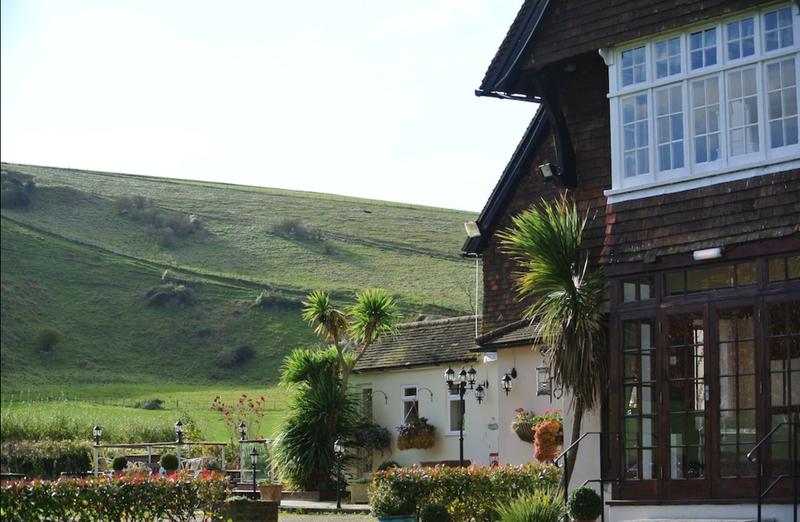 Details will be published when available.

The Royal Pavilion Chapter No 315
Consecrated on 7th March 1874

The Royal Pavilion Chapter meets at the Sussex Masonic Centre on the 3rd Tuesday in January, March, September and November. 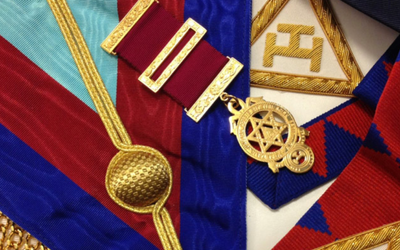 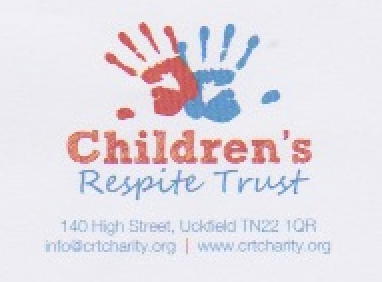 Freemasonry means different things to each of those who join. For some, it’s about making new friends and acquaintances. For others it’s about being able to help deserving causes – making a contribution to family and for society. But for most, it is an enjoyable hobby.
Freemasonry is one of the world’s oldest and largest non-religious, non-political, fraternal and charitable organisation. It teaches self-knowledge through participation in a progression of ceremonies. Members are expected to be of high moral standing and are encouraged to speak openly about Freemasonry.

What happens at a lodge meeting?

The meeting, which like those of other groups, are open only to members, is normally in two parts. First, there are normal administrative procedures such as:
• Minutes of the previous meeting
• Proposing and balloting for new members
• Discussing and voting on the annual accounts
• Masonic news and correspondence
• News about charitable work
Second, there are the ceremonies for:
• Admitting new members
• The annual installation of the Master of the Lodge and his officers

Why do Freemasons take oaths?

New members make solemn promises concerning their behaviour both in the Lodge and in society. Members also promise to keep confidential the way they recognise each other when visiting another Lodge. Freemasons also promise to support others in time of need but only so far as it does not conflict with their family and public obligations.

Are Freemasons expected to give preference to fellow members?

Certainly not. This would be unacceptable and may lead to action being taken against those involved. On joining, each new member states that he expects no material gain from membership.

Who do the Masonic charities donate to?

Whilst there are Masonic charities that cater specifically, but not exclusively, for Masons or their dependants, others make significant grants to non-Masonic organisations.

What is Freemasonry’s relationship with religion?

What is Freemasonry’s relationship with politics?

Freemasonry, as a body, will never express a view on politics or state policy. The discussion of politics at Masonic meetings has always been prohibited.

Is Freemasonry an international order?

Freemasonry exists throughout the world. However, each Grand Lodge is sovereign and independent. There is no international governing body for Freemasonry.

Can anyone become a Freemason?

Yes – Freemasonry is open to people from all walks of life, regardless of their race, religion, sexual orientation or socio-economic position in society.

Are there women Freemasons?

Yes. Women Freemasons have two separate Grand Lodges.
For more information, please contact the Honourable Fraternity of Ancient Freemasons [HFAF] and the Order of Women Freemasons [OWF].
In 2018, in line with the Gender Recognition Act of 2004 and the Equality Act of 2010, UGLE published its gender reassignment policy. The policy outlines that a candidate for admission to Freemasonry under UGLE must be a man. Should a person who has undergone gender reassignment and has become a man apply to become a Freemason then his application must be processed in the same way as for any other male candidate. A Freemason who after initiation ceases to be a man does not cease to be a Freemason.

Why do you wear regalia?

Wearing regalia is historic and symbolic. Like a uniform, the regalia indicates the rank of the wearer in the organisation.

How many Freemasons are there?

How many degrees are there in Freemasonry?

How much does it cost to be a Freemason?

There is an initiation fee when you join and each lodge charges an annual subscription to cover its running costs.
Each meeting is normally followed by a dinner, with the cost depending on the venue. However, there is no requirement to attend the dinner if you are unable to. You will also be expected to wear a dark suit, white shirt, and black, or other suitable, tie and in due course you will need to buy your own regalia.
Members are invited to donate to charity, but this should always be within your means and it is entirely up to you how much you wish to contribute.
Costs can vary considerably from lodge to lodge, particularly for the dining, and your proposer and seconder should make them clear to you before you join.
01273 325917
Sussex Masonic Centre, 25, Queens Road, Brighton, BN1 3YH
I BUILT MY SITE FOR FREE USING